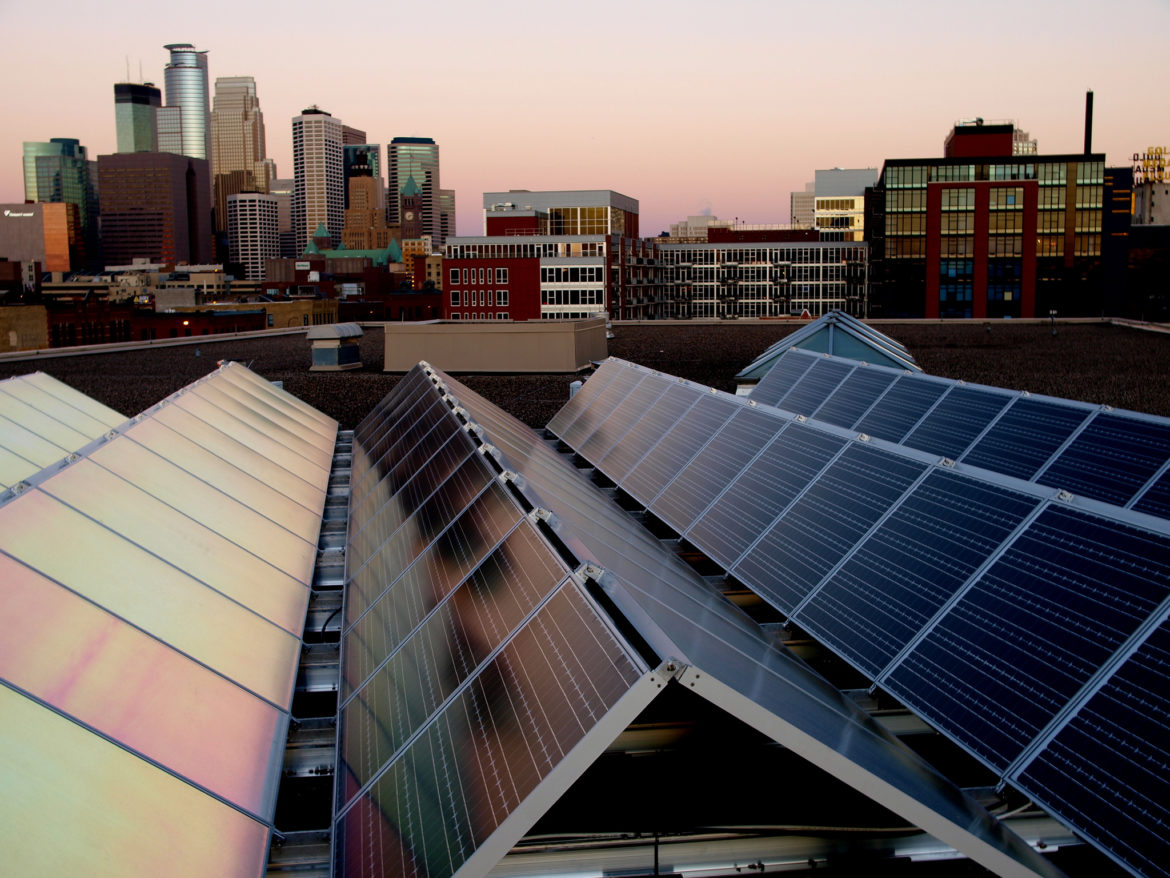 State lawmakers doubled the size limit for Xcel Energy’s Solar Rewards program to include projects up to 40 kilowatts. Meanwhile, the utility created a capacity credit that pays business customers a bonus for generating during peak hours.

David Shaffer, policy and development director for the Minnesota Solar Energy Industries Association, predicts the changes together could spur up to 200 megawatts of projects and maybe attract new solar companies to the state.

“Folks in other states don’t even know it’s happening,” Shaffer said. “No one has yet marketed it.”

Xcel’s Solar Rewards program, which offers 8 cents per kWh for 10 years, had been limited to systems of 20 kW or less. As a result, solar installers often designed business projects artificially small to fit the incentive’s criteria. The change should attract more commercial and industrial customers, Shaffer said, because many businesses need bigger systems to see cost savings.

The change stems from the state legislature’s decision in 2017 to end a “Made in Minnesota” program that offered solar customers an incentive for purchasing from in-state solar panel manufacturers. That program allowed buyers who wanted arrays of up to 40 kW to participate.

With that program gone, customers wanting larger installations, mainly businesses, were left without any incentive. “They had nowhere to go because the systems they needed are larger than 20 kW,” Shaffer said.

A Minneapolis commercial solar developer, Ideal Energies, led the lobbying to convince the Legislature to raise the size limit.

“There’s a lot of interest among nonprofits and businesses who would be served by the 40 kW systems,” said Rich Ragatz, Ideal Energies’ senior vice president. The company plans to market both programs to commercial and industrial customers.

Another change Xcel made did not involve legislative. After collaborating with solar industry officials, regulators and other stakeholders, Xcel created a clearer structure for incentivizing solar producers during the daily high demand time frame of 1 p.m. to 7 p.m. Most business customers with solar arrays of 40 kW or larger are eligible to receive 7 cents per kilowatt-hour during that time.

What makes the rider important is that it offers a “value” for the contribution solar power makes to the grid, Shaffer said. Solar Rewards is an incentive program that could end any time, he said, while the PV Rider is based on the market. The rider program is also in place for six years.

“If the word gets out about the PV rider capacity credit, I do believe developers will move to Minnesota,” he said.

Minnesota has about 850 megawatts of installed solar capacity, 14th in the country, according to the U.S. Solar Energy Industries Association, which projects the state to reach over 1,200 megawatts within the next five years.

Frank is an independent journalist and consultant based in St. Paul and a longtime contributor to Midwest Energy News. His articles have appeared in more than 50 publications, including Minnesota Monthly, Wired, The Los Angeles Times, The Star Tribune, Minnesota Technology, Finance & Commerce and others. Frank has also been a Humphrey Policy Fellow at the University of Minnesota, a Fulbright journalism teacher in Pakistan and Albania, and was also program director of the World Press Institute at Macalester College.